We met through a window

with the most dismal view –

a peek of color

by on hopeful air.

I’d nearly given up

from a polluted view

in the past and they

when I did those

of waking the dead,

I read what I feared the most

There were the words alive

and here they live

branded into the fabric

of nightmare and memory:

I can’t stop thinking of her.”

it all swims through

of the wax and

but not I’m giving up,

A dragon in fear

and phoenix in fire,

in hopes of conjuring

from the flames of

And there it was,

without lover in mind

or fortune in heart,

to just give in.

if I liked it,

the art, the music,

as the file opened

we sat on a

I did with him,

he could never be:

and be the joy

I sit to write with

when the world is still

and truth is bold

I labor at concealing.

so there it is

and here I am,

for the naked silence 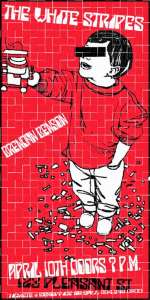 Crammed between rows of anxiously sweaty youths in the smoggy Morgantown bar I waited impatiently, acutely aware of how difficult it had been getting there. Not the particular “there” in time and space at that college club, rather a place in consciousness, a point in thought, a moment where you can reach in and grab what life’s made of. Looking around at the crowd of eager dewy faces falling in and out of love with every rise of tide and break of day, I was as alone as ever. Inches were miles between myself and the world as I hid behind a veil of heavy smoke, the realizations wafting by like letters on paper, too slowly and plainly to look away. My first adult relationship was a flapping fish, a twitching rat, a webbed fly, a starving grizzly. My scholastic path was a crumbling bridge hanging over angry waters. Accomplishments devolved into failures before my eyes, and I’d all but given up on everything and everyone everywhere, myself most of all.

Nevertheless, there I stood one young face in a tight crowd of young faces awaiting two more young faces to grace a low stage inches from the sticky, ashy, filthy concrete floor. A cacophony of friendly conversation, angry outbursts, drunken laughter, and unashamed flirtations reached a fever pitch, giving that place a pulse, a rhythmic heartbeat, a swaying swell of emotion that united us all in one humble hush the moment the lights dimmed. No one breathed, no one spoke, no one moved until backstage doors parted, revealing the climactic and enigmatic faces of Jack and Meg White … as we exploded into a three hundred-headed roar.

They came forward humbly and thankfully into the waves of enthusiasm rushing onstage, Meg sitting behind her peppermint swirl drums and Jack strapping on his plastic red and white guitar. I can’t remember what songs were played first, middle, or last, everything melting together in an amorphous sea of vibe, a swelling energy pulsing with each note and moment. Meg banged away in bare feet and white capris, an angry child and grown woman tuning out of the crowd and into Jack’s next red move. Jack, with his dimpled smile and powerful presence moved between instrument, device, and voice with the intensity of a madman, feverishly provoked by the music within.

“300 people living out in West Virginia have no idea of all these thoughts that lie within you” they sang, huddled around one microphone, (and they didn’t, they didn’t know). The surrounding strangers and friends and lovers had no idea of my thoughts within. The downward spiral of guilt, the paralyzing fear of change, the ever-present threat of failure dominated lucid moments and dreamscapes alike, yet I continued attempting to hide the storm behind damp eyes and pretty lips. Losing myself I drifted further inward despite bumps and elbows from the crowd around, as Jack sang and scanned the room. Quite suddenly his brown eyes locked on to my hazy green, penetrating the walls and pulling me from within, revealing a familiar sadness, a lonely affliction, a persistent melancholy. He was up there in front of us all while deeply alone within himself, and we knew each other’s secret.

As the show dispersed my companions and I stayed for Coronas rimmed with limy pulp, each beer growing my bravery and sense of fantasy, bringing me to a firm decision: I would meet Jack White. We lingered for hours in my almost ex’s two-toned brown Bronco, keeping a close watch on the doors of 123 Pleasant Street. Time rolled on, beers slid down, and still no crowds rushed the club to catch a glimpse of the departing duo. As hours passed, the streets and sidewalks thick with twenty-somethings slowly cleared and I reluctantly gave in to disappointment. It seemed they would never leave that place to board the white van parked in front, already loaded with equipment and ready to go, and there was no sense in waiting until sunrise. We drove off down the one-way street onto the long empty bridge as I chanced a glance back toward the van, hoping desperately to see …

Flashes of red and white leaving the building! Red and white leaving the building! Walking toward the van through the early morning West Virginian air! “Turn the fuck around” I shouted to almost ex, “TURN AROUND!” And he did, he turned the fuck around, tires squealing through a u-turn, racing up the block and back down the one-way street, my heart pounding and stomach dropping as we pulled behind the van, seeing no one and nothing. There was nothing but the silence of the morning and the weight of knowing that they were in there. He was in there.

I stepped hastily from the truck, my brain scattered with booze and drugs, as time slowed around me. This was the event horizon. I was there treading the edge of a black hole, and it felt right. Atop high rubber soles of black platform shoes, I neared the van’s windows and stumbled, turning my right ankle under. The air remained still and silent. Mortified, I ignored the van and pressed on toward the club’s door, pretending to need the lady’s room though knowing fully that it was closed. Giving the knob a few tugs and jiggles, I feigned exasperation toward the empty bar and turned around not knowing my next move. I’d come this far, waited all night, and I was so close to success, yet taste of failure flooded my mouth. I couldn’t knock on the window like a crazed fan, even if that’s what I was. Taking long strides away from the club, the failure went down hard as I passed the driver’s side, nearly choking me when the door popped open revealing the smiling face of Jack White just two feet away.

He floated toward me an unearthly entity, but he was no black hole. He was a star in its prime, a radiant white sun standing before me smiling as if he’d seen light for the first time. Paralyzed and stupefied, “HOLY SHIT” was all I could pronounce, shattering the silence of cool mountain air, and he laughed. He laughed! He laughed and I shook, forgetting where and who I was, knowing only who he was and what this moment meant to me. Nerves took over, and before intellect could stop heart I found myself exclaiming in a quivering voice that with him I was less alone, that his words and sounds helped pull me from the void of recent darkness. As hot tears welled I suddenly found myself in his arms. Seeming massive and warm, he looked down into my eyes drawing me into himself, and I buried my head in his chest for what seemed an eternity.

Reluctantly pulling away, preventing myself from taking his shining face into my hands and kissing his lips until time dissolved, I shakily extracted a copy of “De Stijl” from my bag, asking with embarrassed joy for a signature. His eyes widened and smile grew as I handed him the only writing tool my trembling hands could find: a yellow highlighter. “I have a marker in here,” he said with a voice like wine and honey, opening the driver side door and gesturing for me to sit down, to get in … (to get in)?! I must have looked like a doe eyed madwoman inching toward that door, knees weak and mind reeling as Meg beamed from the back seat with her freckles, crooked teeth, and introversion. It was all too surreal, Jack squashing in beside me, his face inches from my own and his eyes filled with gentle understanding, Meg shyly asking if I had a good time while signing the glossy booklet. It took every fiber of self-control to keep me from turning the keys, asking “so, where are we were heading?”

“I, I … I have to go … I need to go. I love you both … ” I whispered as Meg waved and Jack nodded, both replying “we love you too” as Jack and I slid out of the van. My instinct was to run, to scream, to collapse, to fly, but before I could do any of that Jack reached out, enveloping me once more with his peaceful embrace. I wanted to kiss him, to cry, to never let go as he held me for infinitely revolving, terribly fleeting seconds. With deep breaths we shared those moments, pulling away when the time was right, hands entwined and eyes locked, sharing a mutual understanding of one another. I didn’t run or fly away, but skipped toward the Bronco like a princess to a pony, turning back and waving, watching them wave back (watching him wave back,) as I got in and we drove off. Screaming and shaking, shaking and screaming, turning back toward the club I watched the van becoming smaller and smaller in the distance, that white pinpoint of light the eternal resting place of a powerfully profound memory, as I wondered desperately if I’d ever find home again.

of leaf and fur,

of scale and skin,

of life and breath

with our big brains

on the forest floor

by fear of change,

in the wake of 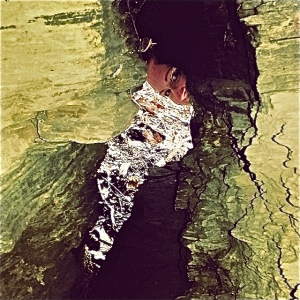 We miss so much

the loves of our lives

to make the bus,

in this heated race

rushing past the love of your life,

past walks and drinks,

we are driven by the

to look it all

and see the truth

upon the top of my head,

reaching into mind and brain

a body or identity,

you push and pull

a thing or two

a vacuum sea of stars

without damaged ears to hear

or bloodshot eyes to read,

are stunted by caution,

of a weary brain

This thing on my mind

without a plausible solution,

disguising the truth and

Were I to know unmitigated satisfaction,

I wrote your name

to a deaf audience

in an empty theater

while imagining my skin

of our modest home.

each blooming with life,

our patch of passion

where we sleep deeply

in each other’s company –

and here we are.

and all I can smell

claims to mend it.

the foundation breaks away

within your tightening grip, 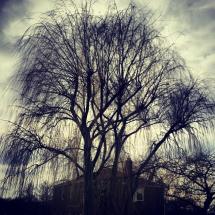